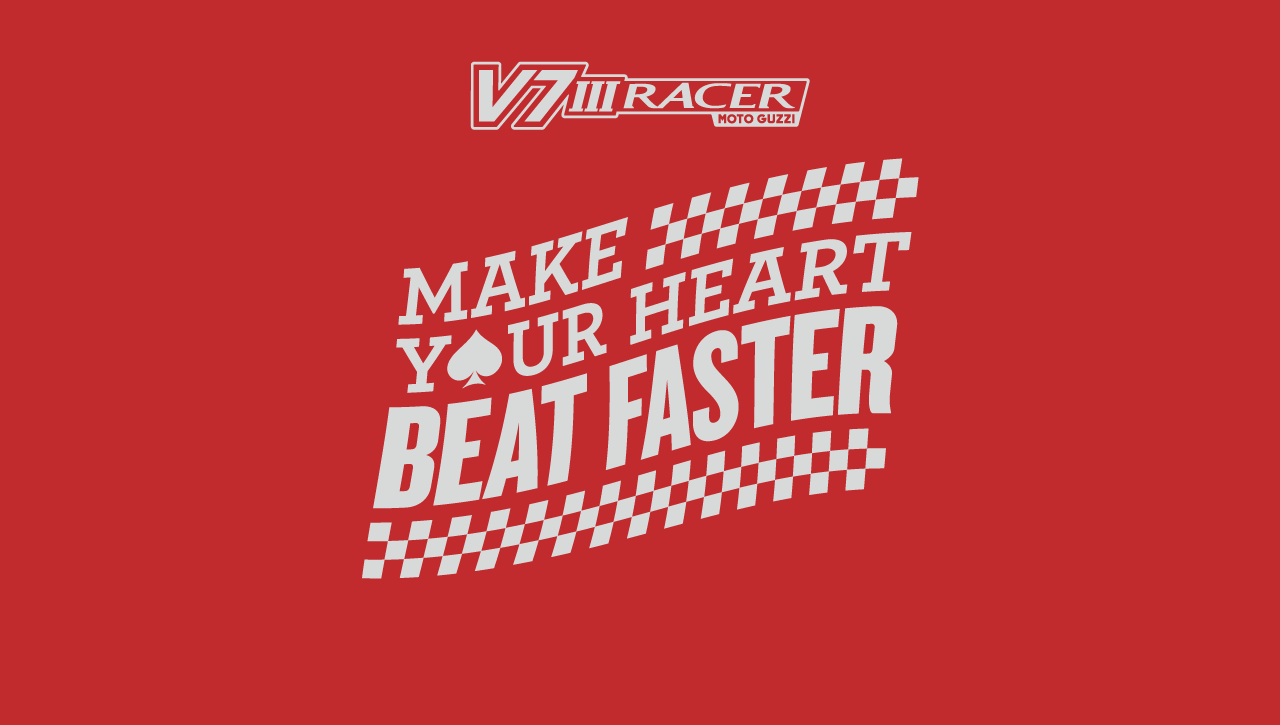 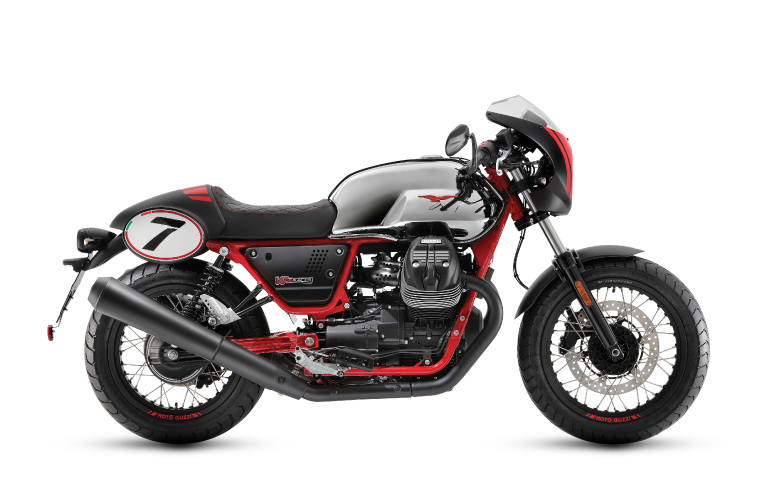 V7 Racer, the sportiest of the V7 range, celebrates its ten-year anniversary with an even grittier look, highlighted by the new appealing and sporty top fairing with a red graphic dedicated to the anniversary and also taken up on the passenger seat cover. A bike with great personality manufactured in a numbered edition, as indicated by the plat on the upper steering yoke, that stands out with its full LED turn indicators, prestigious features such as the adjustable set-back billet footpegs and its side panels and injector covers in exclusive hand crafted black anodized aluminium. A modern and dynamic look also emphasized by a more slender and sleeker rear mudguard and by brand new bar end rear view mirrors. Continuity with the previous versions of the Café Racer comes through in the distinctive stylistic elements: the “Rosso Corsa” colour of the frame, the fuel tank with polished chrome –plating, wrapped at the top by a leather strap, the humped saddle with red stitching, also approved for two-up riding. The number 7 stands out on the side racing number plates, along with their red edges and the detail of the Italian flag, iconic elements of the V7 Racer range. 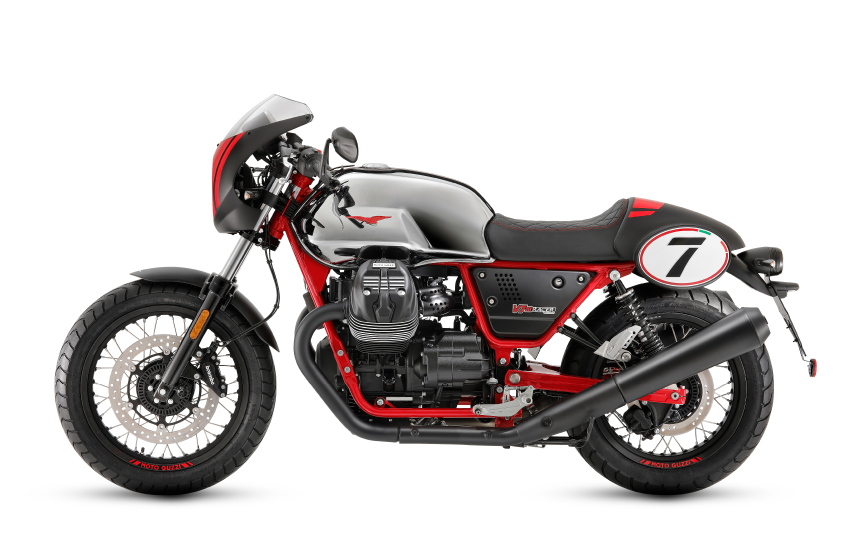 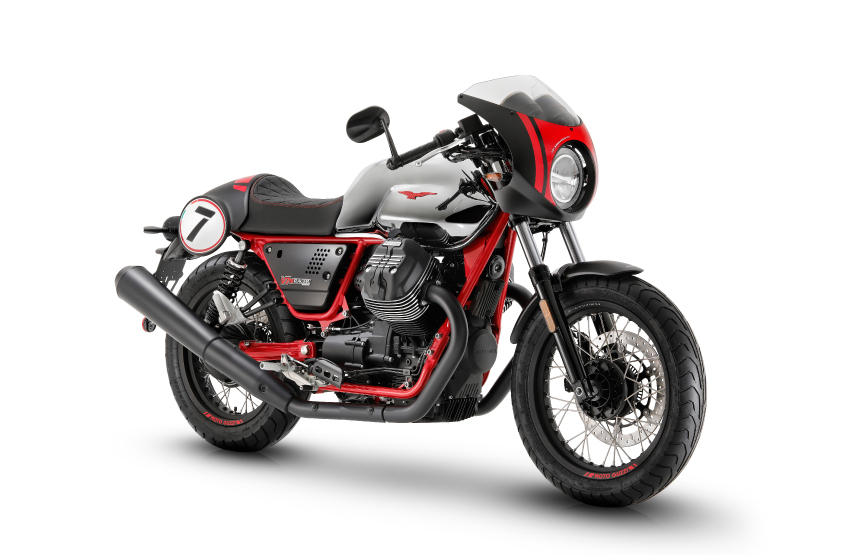 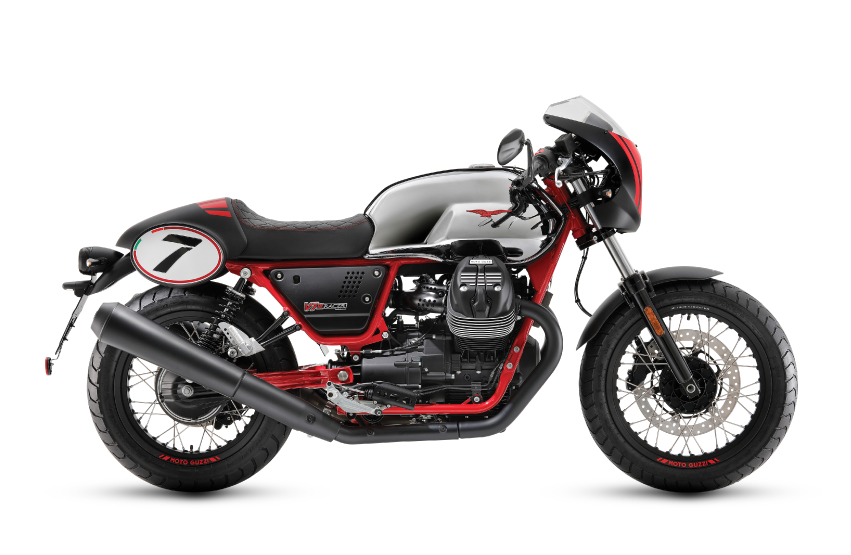 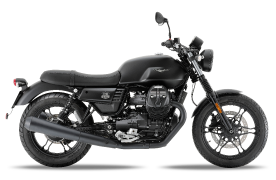 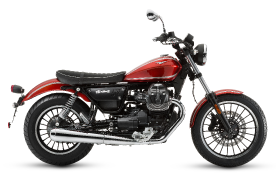 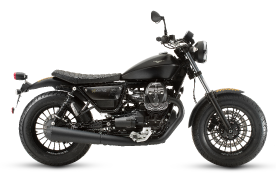